What Does It Mean to Be Codependent?

Having heard of codependency, many individuals can recognize its potential to damage relationships and ruin beautiful union. However, what does it mean to be  codependent? Codependency is often defined as an excessive reliance on another person, a great need for another’s company. While this is a component of the definition, it is not the whole definition of codependency.

Codependency is a psychological and emotional disorder that impairs people’s ability to engage and connect with others in interpersonal relationships. It wreaks havoc on relationships by causing individuals to feel uneasy with themselves. Many codependent individuals have poor self-esteem and struggle with self-esteem. As a consequence, individuals often engage in self-destructive, abusive, or otherwise unsatisfying relationships.

To be codependent is to place a great deal of trust in another person. Often, individuals in codependent relationships rely on a partner who suffers from an addiction. Codependent people often exhibit an unhealthy emotional or psychological reliance on their significant other, resulting in a poisonous and unsatisfying relationship dynamic.

OTHER ARTICLES
Benefits of self-confidence

Fear of real or true expression – A codependent person is less likely to communicate genuine emotions out of fear of offending and/or frightening away his or her significant other. This may result in people repressing their emotions to the point of developing severe health issues such as anxiety, depression, or a combination of the three.

Neglecting own needs – One of the most prevalent characteristics of codependency is a tendency to prioritize others’ needs above one’s own. This may involve going to great lengths to guarantee the happiness of a significant other, often at the cost of the codependent individual’s own health. 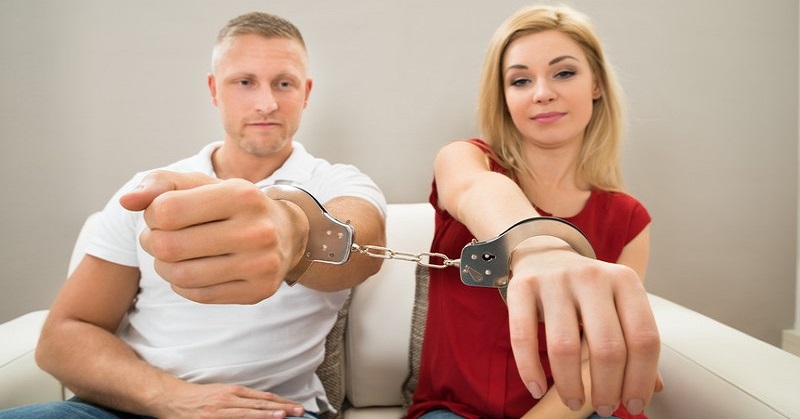 Inability to be alone – Codependency impairs people’s ability to be alone, since they have an underlying desire to care for another being. Additionally, being in a relationship enables people to acquire their self-esteem via the actions of others. This may result in persons developing unhealthy relationships with the wrong kind of people, resulting in further emotional pain or damage.

Refusing assistance from others – It is common for a codependent person to experience extreme discomfort when others try to assist him or her. Because they identify as caregivers or helpers, people may experience discomfort when others attempt to assist them, particularly out of concern that others would become angry for being called upon to do so.

Being codependent and experiencing codependent relationship symptoms may result in many difficulties in any (if not all) of an individual’s relationships. For instance, if a codependent people provide so much to another person and that person does not reciprocate, the codependent individual may get very unhappy, to the point of being severely depressed and developing other mental health problems.

Additionally, this kind of conduct may lead a person into a connection with someone who is likely to do them harm, as well as causing him or her to lose sight of their own fundamental needs. The most effective approach to avoid codependent behavior is to seek appropriate therapy in order to build strong coping skills capable of negating codependency tendencies while also encouraging good, healthy behaviors that promote successful relationships.

Why is codependency unhealthy

While everyone has loved ones and feels a sense of responsibility for them, it may be harmful when someone’s identity is dependent on another.

Codependency does not include all acts of kindness or emotions of compassion – just those that are excessive to an unhealthy degree. Accountability for interpersonal connections must coexist with accountability for one’s own actions. This dynamic has also been dubbed a ‘relationship addiction,’ since individuals with codependency often engage in one-sided, emotionally damaging, and/or violent relationships.

A common reason why codependency is unhealthy is that the person loses their real sense of self as a result of pouring so much into another. Even if “the provider” does not initially feel this way — they most likely like providing their affection and being depended upon — it may grow to dangerous levels as the relationship develops.

Another reason why codependency is unhealthy is that it becomes more difficult for “the provider” to leave the relationship because they may feel the other person is so reliant on them — even if they know it is the proper thing to do. On the other hand, “the taker” may feel so dependent on the other that they may also have trouble leaving a poisonous relationship.

Why is codependency unhealthy: Codependency’s Cure

There are other codependency symptoms that do not fit into these four codependent patterns. Many of us may even discover that we possess a few codependent characteristics. Because codependency is often ingrained in a person from an early age, therapy frequently include an examination of early childhood problems and their relationship to present patterns of harmful behavior.

Codependents find themselves and recognize self-defeating behavior patterns via education, experience groups, and individual and group therapy. Codependency is particularly detrimental because it inhibits the development of healthy relationships. To fully give of oneself, one’s needs must also be fulfilled, which requires breaking codependent habits.

Occasionally, individuals who are in codependent relationships struggle with alcoholism and drug addiction. They may do so in response to the sadness and stress brought on by their bad relationships. Alternatively, their significant other may be a substance abuser, urging the person to do the same. When a codependent individual acts as a negative influence, this harmful behavior becomes learned.

Entering treatment for addiction is one of the most critical things a person can do to overcome codependency. Individuals may overcome harmful habits that have plagued their life for so long by enrolling in a professional treatment program. The actions below may assist in overcoming codependency:

Sobriety – In order to heal from codependency, abstinence or sobriety is required. The goal is to reintroduce your needs and desires to yourself – to establish an internal rather than an external “locus of control.” This simply implies that your acts are driven by your own ideals, wants, and emotions, rather than by those of another.

Codependents often reject their own addiction – they deny their own emotions and demands and are unaware of why codependency is harmful or bad. This ultimately results in poor self-esteem. To break this harmful behavior, it is necessary to first become aware of it.

Acceptance — Acceptance of oneself is critical for healing. Before you can change, you must first become conscious of your condition and accept your circumstances. You discover more about oneself in recovery, which necessitates acknowledgement. Life itself imposes limitations and disasters on us: this is growth. Accepting reality creates space for possibilities, and it is at this moment that transformation starts.

If you are among those asking “Why is codependency unhealthy?”,I will advise you to study the solution to codependency again and take action.