There are a lot of things you should never tolerate in a relationship. Because relationships are complicated in nature, defining the general dos and don’ts is challenging. However, some actions always cross the line. If your spouse exhibits any of the following behaviors, it may be time for you to consider the direction of your relationship and if you are receiving the treatment you deserve.

1.Physical abuse
Physical violence is one of the aspects of a relationship that should never be allowed. A single act of violence should not be repeated, but should be promptly reported. Many people have disregarded this, but when your life is on the line, you cannot stand by and let another person take it. For many individuals who had a role in their significant other’s death, life has probably continued. When the court is unable to establish their guilt, they are allowed to go free; consider that.

2.Verbal (emotional) abuse
Emotional abuse is more difficult to detect than physical abuse since it may be concealed under a calm voice or disguised as approval. Emotional abuse may manifest as manipulation or controlling behavior and is often more damaging than physical abuse. The majority of individuals has encountered emotional abuse at least once in their life and is unaware of it. Emotional abuse causes you to question yourself, leading you to believe that he is doing you a favor by being with you. However, if you remain in such a relationship for an extended period of time, it will erode your self-esteem.

3.Surveillance of Your Activities
Simply because you’re dating someone does not imply that they need to know your whereabouts or what you’re doing 24/7. They should respect your desire for solitude and preserve a certain degree of privacy; especially given how much of whom you are you already share with them.

4.Insults
Someone who professes to care about you has neither the right nor the motive to belittle you. It may not seem significant that he claimed you sounded dumb when you asked his buddy a question, but how would you feel if your friend did the same thing to you? Most likely, you would not tolerate it.

5.Possess Control of Your Wardrobe
Without a doubt, this individual will be seen with you often in public. Even yet, determining what looks well on you and what does not is an infringement on your own taste, sense of style, and, ultimately, freedom. You should never have to give it up for fear of offending someone who is supposedly so close to you.

6.Inability To Accept Your Friends
If your significant other is unwilling to invest time or effort getting to know your pals, you may dismiss him or her as someone who is uninterested in you. To some extent, your friends are an extension of who you are, and a significant other should understand this.

7.Avoiding Contact With Your Family
You’ll have to face the fact that tolerating your family is not everyone’s favorite activity, much alone your own. If, on the other hand, your significant other refuses to make the sacrifice of spending time with them on at least big holidays, you’re dealing with a true selfish bastard.

8.Excessive Requirement for One-on-One Time
If you feel as if you are being suffocated in a relationship, this does not imply an excess of love. This implies that you and your spouse should go out and mix with other people every now and then to refuel, or that your lover should demand to have you all to themselves.

9.Unending Calls During the day
When socializing with friends results in many voicemails from your significant other “checking in,” you should definitely reconsider your partner’s desire to be so…on top of your interpersonal interactions. This is not normal or healthy behavior. 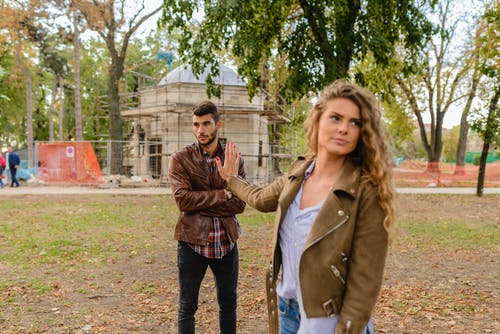 10.Mandatory Video Calls at Midnight
A sly relative of the nightly phone call, it prohibits you from engaging in activities such as staying out late with friends or even going to sleep before midnight. This is an example of your spouse exercising undue control from a distance, so be cautious the next time your scheduled Skype session extends beyond 11:00 p.m. on a weekend (unless, of course, there are extenuating circumstances on either end, like a night class that gets out late).

11.Cheating Accusations
This is a vindictive method for your spouse to demonstrate a lack of trust. What’s more heinous is:

13.Falsities of Feelings
Declaring your love for your spouse before you are ready sets both of you up for an emotional train disaster. Additionally, failing to show your affection may keep your spouse in the dark about an event that might make him or her the happiest person on the planet (at least, in his or her mind).

14.One-Way Sacrifices
Do you find yourself quitting your job and leaving your beloved family and city in order to support your partner’s endeavors? And then he or she refuses to budge on ordering Chinese cuisine that night, despite the fact that you’ve eaten more than enough Kung Pao chicken to last a lifetime? That is absurd.

15.Citing Notable Inequalities
If your spouse has a more respectable work, is richer, or comes from a more affluent socioeconomic background, ensure that he or she never brings these things up or tries to use them against you.

16.Financial Control
Your spouse managing the bank account and giving you with a “allowance” evokes memories of high school, when your parents controlled your life. Your spouse is not (and should never behave in the manner of) your parent.

17.Power Disparity
If you discover that one of you is making all of your choices, from major ones like when to have children to little ones like which apartment to stay at that night, you should bring it to your partner’s attention and make a change, whether in your behavior or your partner’s.

18.Everyday Disagreements
Couples argue—and that is unavoidable. However, if you’re fighting about anything, consider the last time you enjoyed each other’s presence without a quarrel clouding the occasion. If it proves difficult, you have a larger issue to consider…

19.Nit-Picking
Although it’s hard for some people to accept, it is physically impossible to execute everything incorrectly. If your significant other maintains that your method of dishwashing is insufficient, for example, he or she is the one who is at fault, not you.

20.Refusal To Perform Domestic Chores
Have you been tasked with organizing everything because you’re “better at it” than your significant other? Most likely, “better at” translates as “ready to do.” Let them understand that they can fold clothes if they have two hands too.

21.Excessive Sluggishness In Bed
If you’re seeing a repetition of the dead fish routine, it’s time to begin expecting more from your bedroom companion.

22.Refusal To Reciprocate In Bed
The inability to return orgasmic favors is almost as bad as acting dead in the sack. In a relationship, a rigid “I don’t give head” policy should never work (unless both parties feel the same way, which is… well, who are we to judge?).

23.Excessive Desire To Please
While satisfying your spouse should always be a priority regardless of how long you’ve been together, following the ernest puppy dog approach may result in fondness becoming addiction. Individuals become much less appealing when they completely abandon themselves for another.

24.Threats
Clearly, threatening your spouse, even in jest, is taboo ground in a relationship. If he or she is threatens to leave you only to exert control over your actions, make the prudent choice of fleeing him or her first.